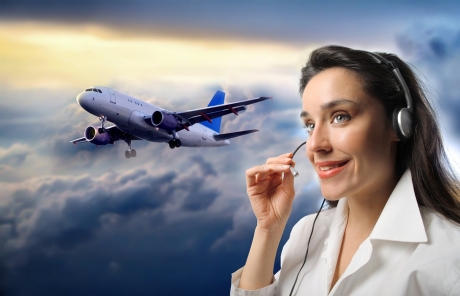 A couple of days ago I had to make a phone call to my local airline company’s Ryanair support line to sort out a few queries over my family’s summer flight to our home country.

I got through to the call center within a matter of seconds for the simple reason that it was one of those premium rate phone numbers. I doubt that would be the case had it been a normal phone line or a toll-free phone number; most likely I would have to spend at least five minutes on the line!

Anyway, my customer support agent was a Russian girl so the first thought that crossed my mind was – “Cool! It’s going to be quite easy to speak with her because she’s also a foreign English speaker – just like me!”

You see, the thing is that on some occasions it’s easier to speak with another fellow foreign English speaker than a native English speaker, so I thought this chat was going to be a walk in the park.

A short time later, I realized it wasn’t the case with this particular conversation.

I was having a hard time understanding if the person on the other end of the phone line actually understood me, so I constantly had to second-guess her replies which made the conversation not-so easy, to say the least!

Biggest Problem – Second-guessing Each Other

The Russian girl spoke with quite a heavy Russian accent, so I figured out her nationality in an instant. Not that it would be a problem for me – it’s quite the opposite in fact! I hold an opinion that for as long your foreign accent doesn’t hamper the conversation, it’s totally fine to speak with whatever accent you want! Even more – I believe that sometimes your foreign accent can actually help you overcome English fluency issues, but it’s a conversation topic for another day, so to speak.

Anyway, she asked me for the nature of my query, and that’s when we started struggling.

I explained everything, but judging by her next question I wasn’t 100% sure she’d gotten me correctly.

I kind a guessed that, so I included some clues in my next sentence; I didn’t want to say the exact words: “I’m sorry, but I think you got me wrong!” or something similar.

I spent the next minute or so providing different details of the flight in question; then we started discussing the passenger details. And only then she truly understood the nature of my query which brought a certain element of confusion into the conversation.

I could feel my fluency being affected.

I made a couple mistakes while speaking, I struggled to name a specific thing which I would normally have no difficulties saying out loud – you know the usual stuff that happens when you experience a sudden drop in your English fluency.

I have to admit that issues I was experiencing were rather unusual considering the girl I was speaking to was my fellow foreigner; normally I don’t have difficulties communicating with other foreign English speakers.

I still remember the time I’d dropped into a Polish beauty salon and had a chat with the lady running the establishment – the conversation was so easy because of the confidence radiated by that person!

Or maybe it was because of the simple fact that we had a face-to-face conversation and you can easily fill in any blank information by reading the other person’s body language?

Had I been speaking with the Russian girl at a Ryanair customer service desk in the Dublin airport, maybe we would have had a completely fluent conversation and there would be no misunderstanding on her side and no second-guessing on my side!

I mean – a simple hand gesture illustrating a specific abstract concept can definitely help the other person understand what you’re trying to explain, so I can’t rule out this possibility either.

Conclusion? Just Get On With It! Don’t Take It Seriously!

One way or another, you can never allow yourself to take such slightly embarrassing situations seriously.

OK, the customer support agent didn’t get the exact verbal message I wanted to deliver.

OK, the conversation got a bit confusing because we’d spent a few minutes of our time only to go back to square one and start everything from scratch.

OK, for some reason or another I started struggling a bit when speaking with her and I made a couple simple mistakes.

Such things are simply bound to happen at some point in time, and you can’t do anything to make sure you NEVER ever experience some fluctuations in your English fluency again.

Best we can do is employ certain English fluency management techniques, and by the way – ignorance is part of those said strategies.

Just IGNORE your own confusion, ignore the confusion (and the possible annoyance) of the other person, and simply get on with your life!

This one is very important guys!

Never judge the other person for their English, because you just don’t know what their English is really like.

But it most likely goes both ways!

What if the girl was cursing at herself after the conversation and blamed ME for the inability to explain everything properly so that she can fully understand the exact nature of my query?

I may think my English is good enough for everyone to understand what I’m saying, but how can I be sure that I didn’t use some a little bit awkward English word combination that the Russian girl had never heard previously?

So, my dear fellow foreigners, the bottom line is the following:

Never judge others’ English if you don’t want to be judged by others in similar situations!

Thanks for tuning in and chat to you soon again,