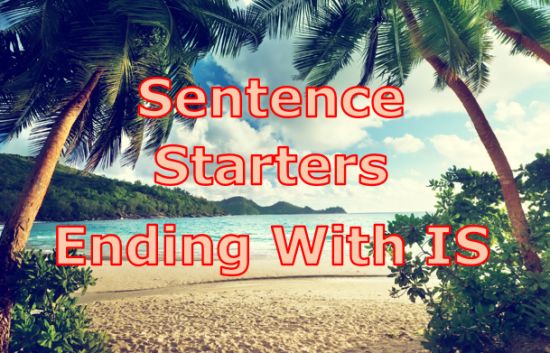 As you may already have noticed, spoken English and written English are different in that you don’t really speak the way you write.

In written English, you have plenty of time of constructing well thought-through sentences, whereas when you speak, you have to produce INSTANT speech, which, when put on paper, will seem a bit chaotic.

And here’s a typical example.

Imagine you have to explain some concept, for example – how the Internet works.

Here’s how you’d do it in writing: “The Internet is a global network of computers consisting of servers as well as personal computers.”

But here’s how a native English speaker would explain the workings of the Internet in spoken, conversational English: “What it is, is a global network of computers…”

Did you notice anything weird about it?

The word IS is being repeated twice which may seem incorrect at first, but the fact of the matter is that it’s totally acceptable in spoken English, it’s used as an intensifier and is also known as the double copula. Just read that sentence out loud and pause at the comma – you’ll feel that it’s actually necessary to repeat the word IS!

Also, if you look at the way the sentence starts, you’d think it’s a question – I mean, it’s the questions that would typically start with words such as WHAT and WHY, right?

It’s about time you learned that spoken English allows you to use words differently and in this article I’m going to show you really handy ways of starting sentences when you have to provide an explanation of some sorts.

And please bear in mind that I’m not telling you to use these spoken English grammar structures just for the sake of it.

Try them out for yourself, and you’ll realize that it’s much EASIER to speak this way ❗

What it is, is – if you think about it, you’ll realize that you can simply say “It is” instead of saying “What it is, is…” – but guess what? If you use this longer phrase, you’ll sound more native-like and you’ll take more time to answer which is all going to contribute to your fluency! So, if someone asks you what crossfit is, for example, you can respond by saying: “What it is, is a combination of weightlifting, gymnastics, calisthenics and other workout disciplines.”

What it does is – as you can probably guess, this spoken English grammar structure will come in handy when explaining the purpose of some device, tool, or a gadget. “Robby, why would you need a label printer if you can just write on the labels?” “Well, what it does is – it makes the whole process much faster and also makes it look more professional!”

What I do is – if someone asks you to tell them what you do in a specific situation, this is the phrase to use! Let’s say for argument’s sake, you’re asked how you perform seated leg extensions in a gym. Here’s what you might say: “OK, so, what I do is – I bring the legs up and then I squeeze the quads as hard as I can!”

Why I’m saying this is – again, quite self-explanatory, isn’t it? If you’re asked the reason for saying something, there’s no better conversational English phrase that you could use! “Why I’m saying this is because I care about you!” Also, it doesn’t necessarily have to be a response to the other person’s question – you might simply explain why you just said something: “Well, I think we should always question everything – even the obvious. Why I’m saying this is – lately we’ve been hearing about scientists proving themselves wrong!”

Now I’ve exhausted the list of my conversational English sentence starters starting with WHAT and WHY and ending with IS, and what I’m left with is – (by the way, did you notice I just used another one of those type of phrases?) – phrases simply ending with the word IS.

All I’m saying is – this sentence starter is a perfect way of putting up a defense and explaining yourself in case the other person is getting a bit upset or angry with you: “All I’m saying is – you don’t have to take it too personal, that’s all!” Also, it’s worth mentioning that in fast conversational speech you may use the slang version of this phrase “Alls I’m sayin’ is”

All it is, is – another phrase ending with the double copula. This particular one is used in situations when you have to downplay the importance of something, or to explain how simple something actually is. “Robby, I’ll never be able to use a smartphone, I’m too old for this kind of stuff!” “Common! All it is, is a simple phone – the only difference is a touchscreen!”

The way it works is – let’s imagine for a second that one of your work colleagues asks you to explain the concept of a capacitive touchscreen. Well, there’s no reason why you couldn’t use this phrase and respond by saying “The way it works is – it uses the electric conductivity of a human body, simple as that!”

The thing is is that – I guess this would be a typical case of the double copula IS IS being used incorrectly. I mean, in one of the previous examples “What it is, is…” the double copula is kind of justified because the dependent clause “what it is” is in turn explained by the second verb IS. In this case though, the second IS is totally redundant and you could very well just say “The thing is that”. One way or another, I’ve heard plenty of native English speakers speak this way: “The thing is is that I speak the way I want and I don’t care what you think about my English!”

Now, this concludes today’s article, and I would urge you not just stop here.

USE the phrases from this article – it’s the ONLY way you can benefit from reading it!