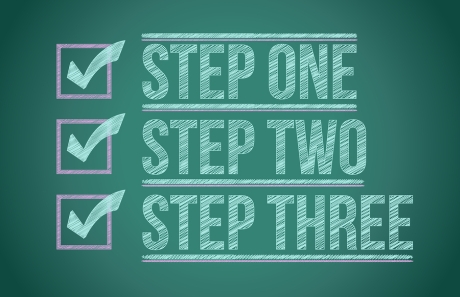 Have you ever found certain grammar constructs too difficult to understand and learn? Welcome to the club! I guess I wouldn’t be wrong in saying that this is something that all foreign English speakers have in common, and even if you don’t feel that way now, there’s definitely been a time in your life when you’ve found this or that particular English sentence hard to understand, mimic and use in your own conversations.

Let’s just take the sentence from the paragraph above and examine it a little:

“There’s definitely been a time in your life when you’ve found this or that particular English sentence hard to understand.”

Now, would you be comfortable with using a similar grammar construct in your own speech? Are you often saying things such as “There have been similar situations when I’ve…” or “There’s been only one time when I’ve…”?

If your answer is positive – well done! Your spoken English is seemingly up to scratch and you may ignore the rest of this article because you don’t need my help splitting English sentences in order to make it easier for you to speak them out loud.

If, however, you struggle to a smaller or bigger degree with delivering similar seemingly complex constructs when speaking and you find it hard to wrap your head around sentences similar to this one: “Why is it that when Martin’s been out partying you don’t say anything yet had I stayed out all night long you would have killed me?”, you definitely have to read the rest of this blog post! 😉

This may sound so easy and simple – even too simplistic maybe! – yet it’s something that will INSTANTLY help you understand how an English sentence is constructed and it will also help you learn to use those grammar constructs in your own speech.

Using the last sample sentence, we can immediately identify 3 individual parts of the longer sentence:

Now, didn’t it all of a sudden become so much more easier to understand the “difficult” English grammar?

You see – simply by splitting the much longer sentence into 3 individual, shorter sentences, you’re making it much easier for yourself to see that there’s nothing really that difficult about English grammar after all.

The most important thing you have to bear in mind is not to start ANALYZING those grammar constructs; the moment you do that – your ability to speak fluently goes out the window!

Don’t try to figure out whether the sentence “Had I stayed out you would have…” is a conditional sentence type 2 or 3 – in real life it doesn’t matter what it’s called. All that matters are two things:

Next thing you have to do is – memorize those word combinations by a way of spaced repetition so that you can use them in live speech and don’t spend a second longer on trying to figure out the grammar build-up of those sentences; it just won’t get you anywhere!

Merely repeat the sentence in question until it becomes your second nature, and then your brain will instinctively be able to use it in a number of different situations:

(when you’ve memorized that string of words well enough, you’ll be AUTOMATICALLY able to replace certain words with others to match the particular situation)

Step #2: Slow Down Your Speech So That You Can Say Those Sentences!

I’ve often mentioned the importance of slowing down your speech if you can’t say certain things right in English, and the very same concept allies when you’re trying to say something in English that follows a more complex grammar pattern.

While you might be very well able to speak in simple, short sentences fast enough (there’s absolutely nothing wrong with that, by the way!), you may find that you stumble upon more complex things when trying to keep up with native English speakers in terms of speed, such as:

“It’d be great if he’d showed me how to do it, but then again – I’m grateful you did it instead because hadn’t it happened I wouldn’t have found out how good you are at teaching stuff!”

The above sentence mightn’t make much sense, but I made it up just to show you a typical example of a sentence where there’s a lot of pitfalls for a foreign English speaker trying to speak fast.

All these ‘d’s and ‘hadn’t’s are places where you’d have to pause quite naturally (it’s something I’ll touch upon in the next step!), but if you’re trying to speak too fast, you’ll just start hesitating and mispronouncing words.

I know it’s easier said than done – especially at times when your overall English fluency is quite good – so you may try to speak as fast as you can in order to prove to yourself and the whole world how good an English speaker you are.

More often than not, however, you’ll simply start hesitating and stuttering when trying to speak such and similar grammar constructs out loud quite fast, so slowing your speech down is of the utmost importance, my friends!

Step #3: Pause In Between Individual Parts of a Longer Sentence!

This one may sound like a no-brainer to you, yet it’s something many foreign English speakers don’t realize.

Basically when you say a longer sentence, PAUSE in between word groups in order to wrap your head around the concept you’re trying to verbalize.

Going back to the sentence we looked at in the beginning of this article, here’s how you should say it out loud without running the risk of stumbling upon words:

“Why is it that (stretch this word longer while starting to pause!) (PAUSE) when Martin’s been out partying (PAUSE) you don’t say anything (PAUSE) yet (PAUSE) had I stayed out all night long (PAUSE) you would have killed me?”

It’s such a simple thing, and it’s also totally natural to pause in between words when speaking (native English speakers do it all the time!), yet so many of us, foreigners, are trying to speak in long, uninterrupted sentences.

You don’t have to do it!

Take it slow when speaking, pause when you feel you have to do it, and you’ll feel that all of a sudden you can speak so much more fluently!