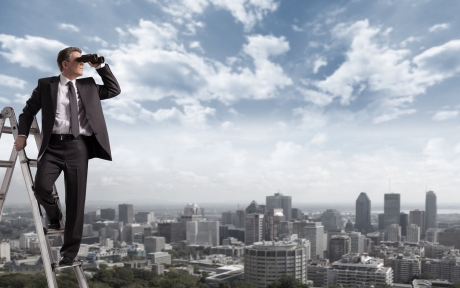 Your ability to START a sentence WITHOUT much THINKING!

Just think about this: how many times have you found yourself in a situation when you have to say something in English but you just can’t say the FIRST word?

You kind of know what you want to say, but you just can’t START the sentence and as a result you start stressing out and you end up feeling as if you totally suck as an English speaker…

But try this simple strategy for a change:

In reality there’s nothing that strange about it.

It’s just a simple matter of enabling yourself to START a sentence, and once the words start flowing, there’s no stopping them! 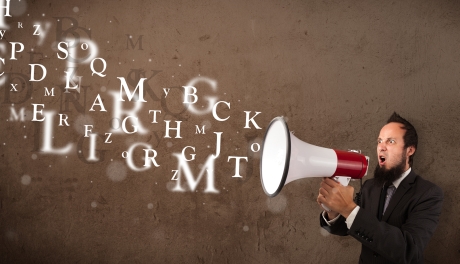 So, without further ado, let me give you 35 useful English sentence starters.

And you’ll realize that using these phrases as a way of starting your English sentences makes a HUGE difference in your fluency, you can take my word for it, my friends ❗ 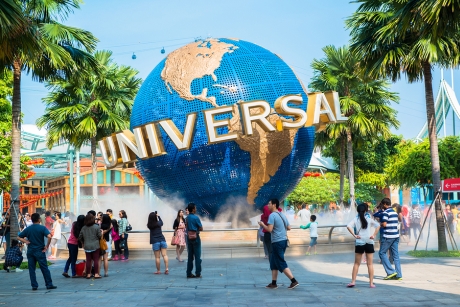 NEW! Well, I’d like to believe that – when you’re expressing your hopes and expectations towards a specific person or event, this is the phrase you want to use: “WELL, I’D LIKE TO BELIEVE THAT Josh is wise enough to make the right decision for himself – after all, we’re not going to dote over him for the rest of his life, right?”

Well, speaking of – this is a universal English phrase and can be used to answer pretty much ANY question! “Can you tell me what time do we have to attend the company meeting today?” – “WELL, SPEAKING OF the meeting – I’m pretty sure it’s at 2 o’clock!”

When it comes to – this English phrase is almost identical to the first one and can also be used in all life situations to make it easier for you to answer questions and start sentences: “Is there anything in particular I should know when printing out sales invoices?” – “Well, WHEN IT COMES TO printing out invoices, the most important thing to remember is…”

Well, to tell you the truth – this is also a universal English sentence starter, only this time around it carries a very small element of surprise; basically you’d start a sentence with this phrase if your answer is something your conversation partner isn’t expecting: “Have you done your homework yet?” – “WELL, TO TELL YOU THE TRUTH, I didn’t do it because I didn’t have much time!”

Well, frankly speaking – and again, this sentence starter is pretty much the same as the previous two: “Is there any chance you’d come to movies with me?” – “WELL, FRANKLY SPEAKING I’m not that into movies, I’d rather stay at home and watch something on Netflix!”

As a matter of fact – this English phrase is a substitute for the word “actually”, and considering that you can use “actually” in almost any sentence, it only stands to reason that “as a matter of fact” can also be used to start any sentence: “I don’t know where Bjorg is today, he never showed up at work!” – “AS A MATTER OF FACT, I hadn’t even noticed he’s not in, thanks for telling me!” 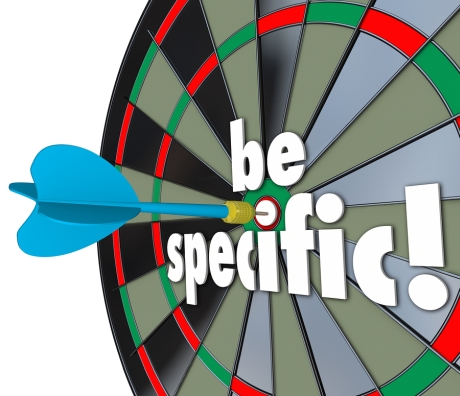 Well, speaking of the specifics of – when you have to provide an overview of a particular issue or a process, this is the English sentence starter to use: “So, can you tell us how you built your blog, Robby?” – “WELL, SPEAKING OF THE SPECIFICS OF my blog, let me start with describing the actual platform it’s built on…”

Well, the best way to describe… would be the following – another useful English sentence starter phrase for situations when you have to describe something specific: “Can you tell us how to get to the airport, please?” – “WELL, THE BEST WAY TO DESCRIBE the road to the airport WOULD BE THE FOLLOWING – keep driving straight and then you’re going to see a highway exit sign…”

As you may already know – this is how you start talking about known facts that your conversation partner is most likely familiar with: “Henry, why is our accountant demanding that we keep the stock levels as low as possible?” – “Well, AS YOU MAY ALREADY NOW, the new company regulation came into effect today, according to which…”

Well, not everyone knows that – and this is how you open a statement during which you’re going to reveal some little known information: “I wonder how Michael could build his business in such a short period of time?” – “WELL, NOT EVERYONE KNOWS THAT he inherited a considerable amount of money and that’s why…” 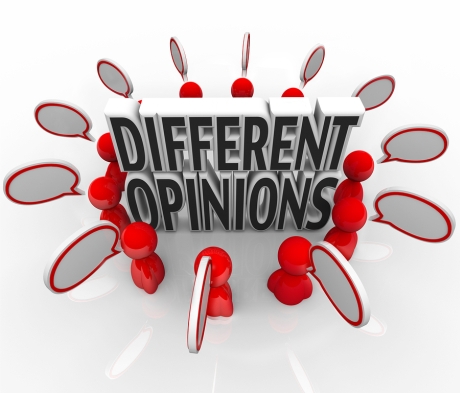 NEW! I hate to say this but… – this is a perfect way of making it sound as if you don’t want to do and say what’s about to follow, but you really have no choice! “I HATE TO SAY THIS BUT I really have to go, sorry about that!”

NEW! Well, I’m very well aware that – if you’re ever in a situation when you have to make the point that you’re aware of something, this is a very good alternative to saying “Yes, I know that…” – “WELL, I’M VERY WELL AWARE THAT I could be sacked any moment, but I’m not afraid to speak my mind!”

NEW! To put it in perspective – personally I LOVE this phrase because it sounds really smart and intelligent, and it can be used in a wide variety of situations! The word “perspective” is used here to tell the other person that you’re going to explain the concept in a way that will make them understand exactly what you’re talking about: “The unemployment rates in our region are hitting an all-time-high! TO PUT IT IN PERSPECTIVE, there’s a 50% unemployment among young people of 25 years of age and younger, so – there you go!”

NEW! If you think about it, you’ll realize that – sometimes you have to be very smart in the way you express your opinion, and this English sentence starter is just great to both express your opinion and object to the other person’s opinion! You’re not telling them they’re wrong, you’re merely stating the truth thus making it sounds as if the other person has also arrived to the same conclusion: “IF YOU THINK ABOUT IT, YOU’LL REALIZE THAT our workload has almost doubled over the last couple of years while our wages have stayed the same!”

NEW! There’s no denying that – another perfect phrase to use when you want to express your opinion that might be somewhat different from the other person’s opinion: “THERE’S NO DENYING THAT the crime rates have dropped this year, but if you look into the statistics, you’ll realize that the figures have been heavily massaged.”

Well, taking into consideration that – this English sentence starter phrase will come in handy when you have to draw a conclusion: “What time you think we should leave to make it home on time?” – “WELL, TAKING INTO CONSIDERATION THAT it takes about half an hour to get home, we should…”

NEW! I don’t mean to be rude, but… – this phrase is going to come in handy when you’re offering your honest opinion on something that you strongly disapprove of: “Sorry, I DON’T MEAN TO BE RUDE, BUT would you mind turning the volume down? I’m trying to get some sleep!” As you can imagine, when you’re using this phrase you have to be prepared to have an altercation with the other person because quite obviously what you’re saying might be taken as an offense!

NEW! No offense, but… – another phrase used to let the other person know that what’s going to follow will potentially offend them, so always limit these kinds of conversations to the bare minimum and use this English sentence starter only when really necessary: “NO OFFENSE, BUT I think you looked way better at the last party – just my opinion!”

NEW! Well, it’s all nice and well, but... – it’s always a good strategy to agree to disagree, so basically what you’re doing in this English sentence starter is – you’re pointing out that by and large everything is nice and well to make it easier for the other person to stomach the truth that’s about to follow: “WELL, IT’S ALL NICE AND WELL, BUT for some reason I just don’t think Alex is the type of guy our daughter should be hanging out with!”

NEW! We’ll just have to agree to disagree! – this is a great phrase to use in a situation when it’s obvious that both of you have a completely different opinion and you just won’t come to an agreement. This should be the final statement in the conversation and there’s no point to continue the argument beyond this point.

With all due respect – this is what you say before disagreeing to make it sound polite: “Juan, you shouldn’t be wearing sandals at work!” – “WITH ALL DUE RESPECT, but everyone else is wearing sandals, so either we all stop wearing them or I’ll keep wearing them!” 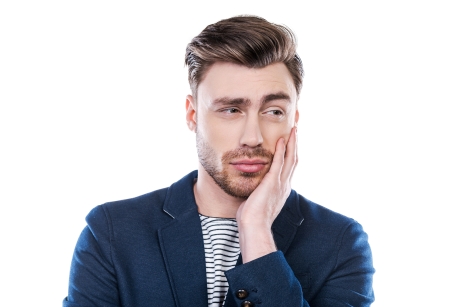 Well, you can’t really say that – this is a handy sentence to begin your English sentences within situations when you’re disagreeing with someone, but at the same time you’re not sure of it: “I think her dress looks ugly!” – “WELL, YOU CAN’T REALLY SAY THAT it’s ugly, but yes, I can admit it’s not the best dress I’ve seen…”

Well, as far as I’m aware – you can always begin an English sentence with this phrase when you’re going to say something that’s true, but you’re still admitting that there might be something else to the matter, but you’re just not aware of it: “Excuse me, can you tell me if the London bus leaves at the same time today?” – “WELL, AS FAR AS I’M AWARE it does, but you’d be better off calling the directory inquiries to make sure!”

To the best of my knowledge – this phrase is pretty much the same as the one above: “By the way, are we working next Monday?” – “Well, TO THE BEST OF MY KNOWLEDGE we’re off next Monday, but I guess we should check it with the secretary. Just to stay on the safe side!”

Well, if I’m not mistaken – yet another phrase which can be used in situations when you’re not totally convinced of the correctness of the information you’re providing: “So, what time does the film start at?” – “WELL, IF I’M NOT MISTAKEN, it starts at 5 but I guess we’d better be there before time, just in case!”

Now, just make sure you repeat, memorize and use at least a few of these phrases.

Obviously, you can’t start using all 35 English sentence starters within a matter of days, but even if you manage to learn and use 5 of them, you’re going to notice a definite increase of your oral fluency!